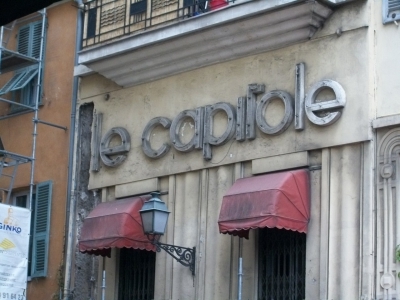 Opened around 1910 on Rue de la Tour at the intersection with Boulevard Jean Jaures (formerly Boulevard des Italiens) in the so called “vieux nice”. First under the name Tivoly Cinema, then Tivoli Cinema under which name the bar nearby is still called. It became Capitole Cinema in the 1930’s. It closed in the 1980’s. It has remained a long time unoccupied with lot of plans proposed to reopen it as an art house cinema, cultural center for dancing.