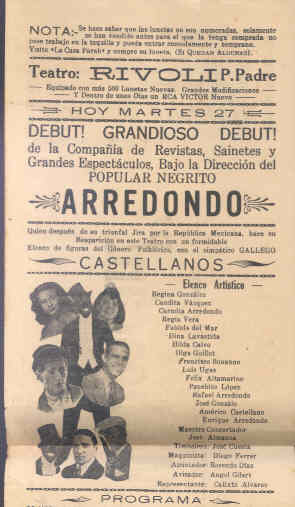 Located in Puerto Padre, in the Oriente province, on what was originally named Calle Lugones (today re-named Victimas del Fuerte). The first movie theatre in Puerto Padre was on this site, opening in 1910 as the Cine Halley. In 1919 it was purchased by Eleucipo Vazquez Aldana who demolished it to built the Cine-Teatro Aldana, which opened later in 1919. Popular films were shown and plays were presented on the stage.

After the nationalisation of theatres, only the Cine-Teatro Rivoli was left operating in the town, and was the one which had the longest life. In 1981, the municipal government sadly authorised its demolition.