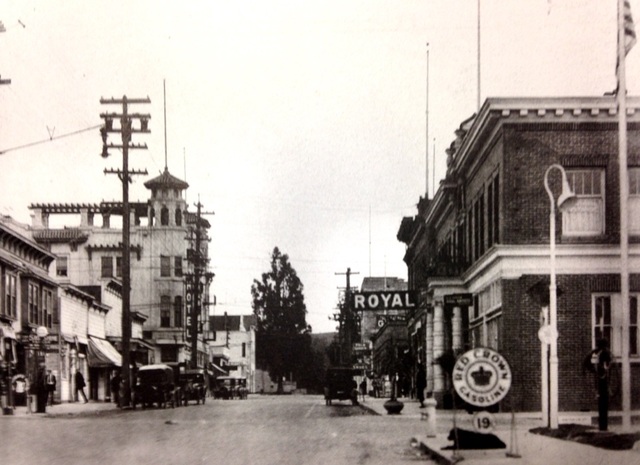 Originally the Bennett Hall of 1904, it was destroyed by fire. Curry Hall was built in 1913 in when as known as the McMahon Building and Community Hall. It became the Curry Theatre in 1914 and was later the Royal Theatre. It had closed by 1926.

In 2015 it is the McMahon-Telfer Community Hall.

I found a reference to the Curry Theatre in the May 26, 1914, issue of Coast Banker (scan at Google Books.)

I also found this item in the January 5, 1918, issue of The Moving Picture World:

“MARTINEZ, CAL. — New moving picture house in Curry street has been opened under the management of H. E. Case.”

As I can’t find a Curry Street anywhere in Martinez today, I’m wondering if Ferry Street was once called Curry Street, or if this item simply mistook the name of the theater for the name of the street. I also don’t know why they said it was a new moving picture house, unless this was a different theater, which seems unlikely. Given the MPW’s propensity for errors I think it’s possible that this is when the Curry, under new ownership, was renamed the Royal, and the magazine just got the story garbled. I’ve been unable to find any other references to H. E. Case.

The Royal was in operation at least as late as June 17, 1926, when it was mentioned, along with the Novelty Theatre, in that day’s issue of the Oakland Tribune.