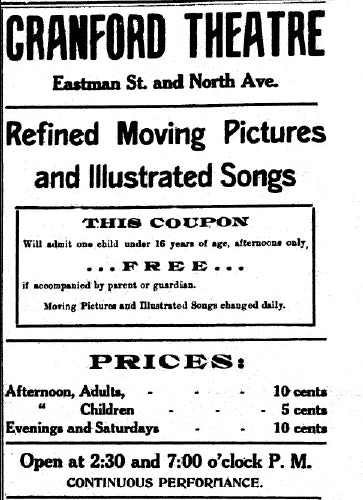 Opened by Mr. J.F. Smith on July 3, 1909, this was the first of three movie venues within a two block radius to carry the town name. It featured “refined moving pictures and illustrated songs”. The Cranford Theatre closed within the year, a July 1910 issue of a local paper mentioned “the former Cranford Theatre” was then being used as a “religious meeting place”.