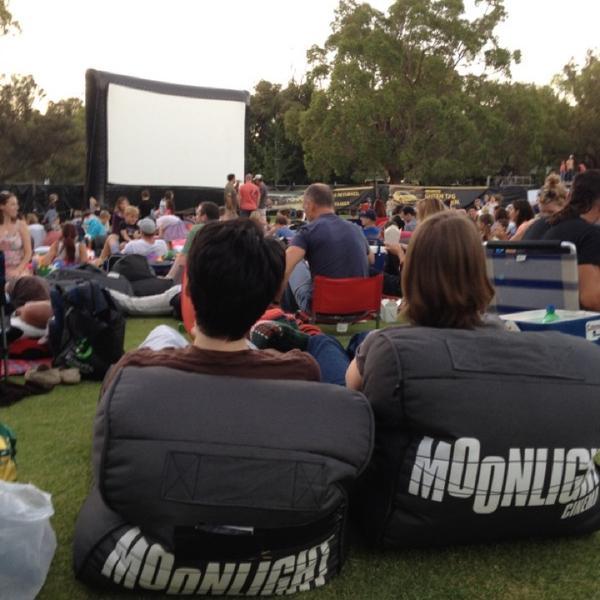 The Sunset Cinema opened on 4th February 1999 in the Synergy Parkland section of Kings Park. This open-air cinema, now re-named Moonlight Cinema Perth, only operates part of the year.

I actually ran this cinema for the 2012/2013 summer season. It is based in the Synergy Parklands area of Kings Park in Perth and has a capacity of 2000 per night. It uses an 8/5 metre blow up screen and left/right stage speakers. No surround. The screen, cabling, amplifiers, speakers, fences and banners are all pulled out of a shipping container and put back in again twice a day between November and March each year. During this time it was quite a common occurrence to pull out over 1 ton of equipment by hand in 43 degree heat with snakes, mosquitos and scorpions as company. an NEC 1200C is the source of projection. Gates open at about 6.30pm with the feature hitting screen at about 8pm. Pics available at flickr.com/mirthandmayhem