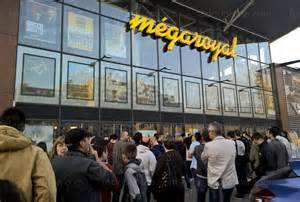 Located in Bourgoin-Jallieu in the French Alps, 30km from Lyon. Opened by the Derobert family as the 9-screen Megaroyal in 2002. In 2013 it was expanded to 12 screens. Until 8th July 2015 it was one of the last big multiplexes owned and exploited by an independent family and not by a big chain.

On 8th July 2015 the multiplex was bought by the Kinepolis Group, and was re-named Kinepolis Bourguin-Jaillieu in March 2016.

The name changed to Kinepolis Bourgoin-Jaillieu in March 2016!