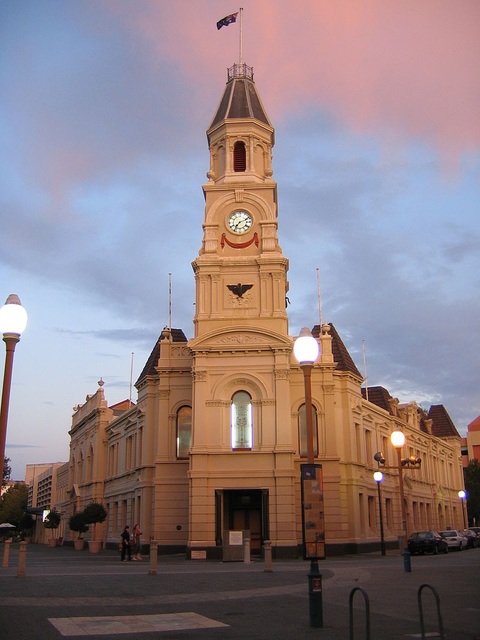 Fremantle Town hall opened on 22nd June 1887. The Town Hall showed pictures at different times from 16th December 1896 to 7th January 1919. Pictures were shown again when the Oriana Theatre was closed down and demolished, and Fremantle Town Hall continued to show pictures until the early-1980’s after the Port Cinema opened.