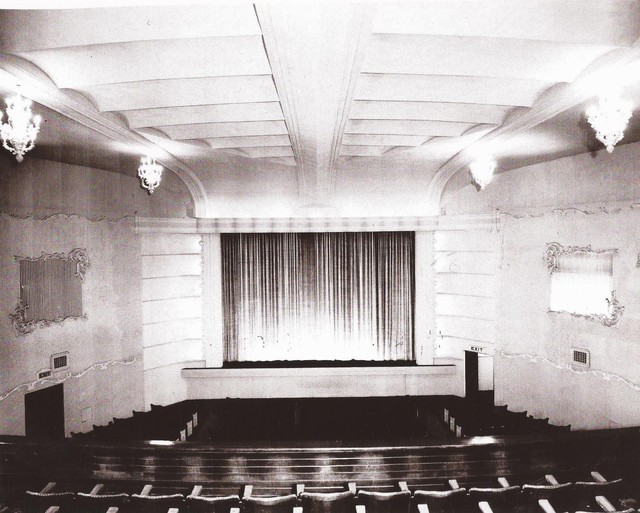 Located on High Street at the corner of Queen Street, on the site of the old Rose and Crown Hotel(and later also the Fremantle Grammar School). Hoyts built a new theatre which they considered calling the Crown Theatre, but finally named the simply Hoyts Fremantle Theatre. Hoyts Fremantle Theatre opened on 4th August 1938 with “Love on a Budget” and “Snow White and the Seven Dwarfs”. It was remodelled in 1949.

Name changed to Oriana Theatre in 1960 when taken over by City Theatres. The theatre closed on 4th December 1971, and was demolished in February 1972. There is an article in the West Australian newspaper(17the December 1972) about three people hurt during the demolition of the theatre. The site is now shops(and offices?).

In 1937 a local company, Hoyts (Fremantle) Pty Ltd (formed by local businessmen and Hoyts Theatres Limited), proposed to construct a picture theatre at the corner of High Street and Queen Street, Fremantle. The cinema was estimated to cost ₤20,000 and seat 1,300 persons. The site was previously occupied by the Rose and Crown Hotel which was built in 1830, although in the late 1870s it was used as a school, a private dwelling and lodging rooms. The architects were H. Vivian Taylor and Soilleux of Melbourne, who designed the Windsor Theatre in Windsor, the Padua Theatre in Brunswick and the Plaza Theatre in Perth. The cinema, Hoyts Fremantle, was officially opened by the acting Mayor of Fremantle, Cr Stevens on Thursday 4 August 1938. The first film shown at the cinema was Walt Disney Productions' “Snow White and the Seven Dwarfs” and Love on a Budget, starring Shirley Temple.

The cinema, due to the acutely angled intersection on which the site was situated upon, created a visually striking design. The entrance foyer, lounge and stairways were unusual in their spherical design. The cinema featured a “floating” screen, a soundproof “crying room”, to allow parents with crying babies to watch the movies and a “powder bar” in the women’s lounge. It was also unique in that it used ducted ventilation rather than air conditioning.

The cinema remained under the management of Hoyts (Fremantle) Pty Ltd until the 1961 when it was bought by a consortium of stakeholders including Goldfields Pictures and City Theatres (owned by TVW). This was when it was given the name Oriana Cinema. In 1967 the cinema was renovated reducing the seating capacity to approximately 1,000 and in May 1968 a new 70mm screen was installed. The last screening at the cinema occurred on 4 December 1971

The demolition was a speedy affair brought about by plans to widen High Street, and despite protest by community groups was effected within four weeks, in March 1972. The building built in its place is set back from the road considerably, with respect to its neighbour the Victoria Hall, as the road-widening plans never did come to fruition.

Given the photos show two different interiors, either the regency style one is some other theatre, or the auditorium was done over at a later point - perhaps in 1961 when it changed hands and name ? If so a very late example of a style typical of the late 40s.

Both photos are same theatre. Opened as Hoyts Fremantle in 1938 as in almost last photo In 1949 got a make over in auditorium as in main photo. In 1959 Hoyts sold theatre and in 1960 got a new name Oriana after the ship. In 1968 a new large screen was place in front of the old stage - Roy Mudge.