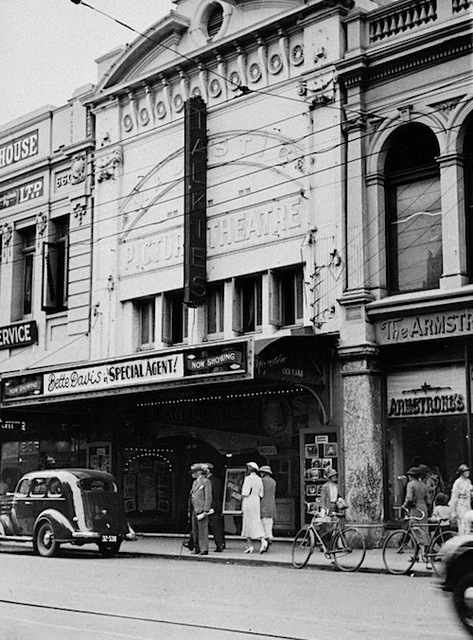 The Majestic Picture Theatre opened on 21st December 1916. The theatre closed in(September, October or Novenber 1936, and was demolished early November 1936. The site became Plaza Arcade and the Plaza Theatre.