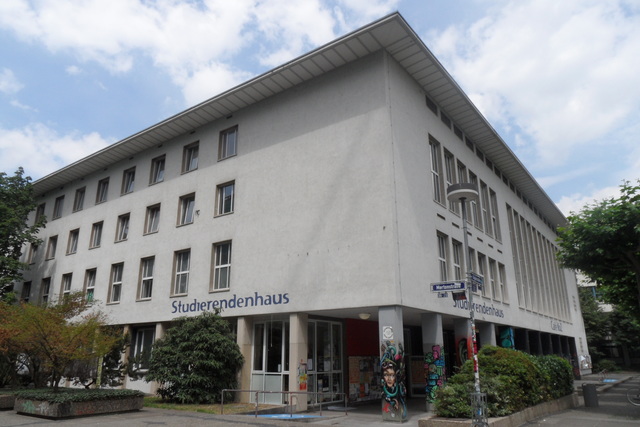 For over 60 years, the Pupille Kono (“the Pupil”) has offered a varied and critical film programme. It is one of the oldest student institutions in Frankfurt am Main and located in the Johann Wolfgang Goethe-Universitat.

In November 1951 two students screened a 16mm ‘home made’ movie, about a Federal railway express train, in the university’s auditorium. It was such a success that it was repeated many times, and the Pupille Kino was born.

In the 1970’s, the Pupille Kino established itself as a forum for film criticism and was the venue for many premieres. In 1981, it was awarded he Frankfurt cinema prize for its ‘risky’ programming.

The Pupille Kino is a non-profit organisation, but still a student cinema, for students to show their films. Financial support comes from the General Student Committee.

Each term over 30 films are shown, with two shows a week: short films, silent films with live music as well as first-run movies and cinematic rarities. The Pupille continues to show films almost exclusively in 35mm, but this is bound to alter as time moves on.

Please note: The seating capacity of 300 is an educated guess! There is no fixed seating; this capacity has been assessed from the seats set out during my visit.