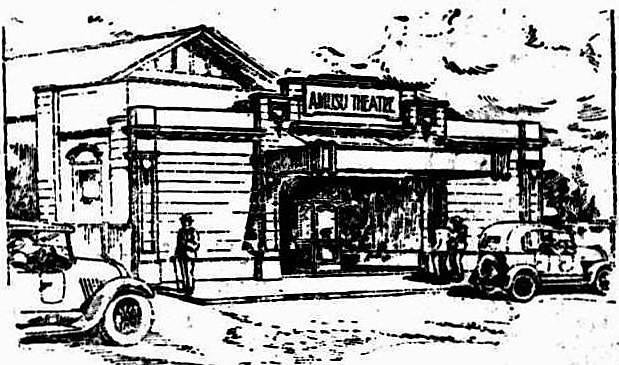 The Amusu Theatre opened on 8th November 1921 on the south side of Albany Road(now Albany Highway) in the middle of the block between Mcmillan Street and Temple Street opposite the old police station. The Amusu Gardens opened soon after behind the theatre, running across the block to Temple Street and with access along a laneway beside the theatre. The theatre was closed in 1946 and sold to a developer who demolished the theatre and gardens and built shops there(possibly the building that used to be Parry’s Department Store?).

The building there now is called The Victoria Park Centre.