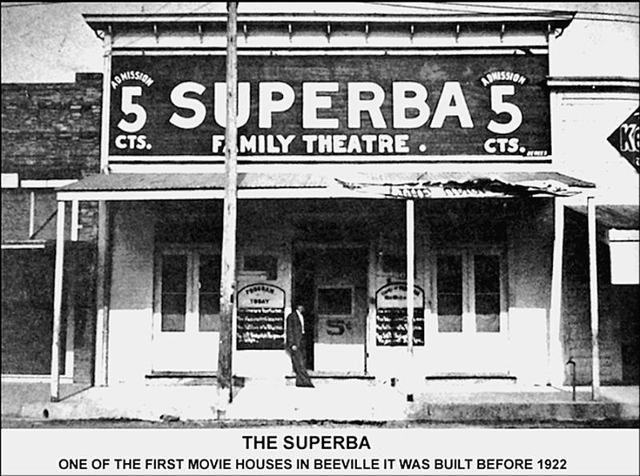 The Superba Family Theatre was opened in 1906.

Uploaded a picture from the Historic Beeville, Tx site. Blurb indicates it was built prior to 1922. No clue, however, as to the specific location.

The caption of this photo of the first airplane in Beeville says that it was owned by C. A. Pressey, and adds this: “Charley Pressey is also known for establishing the first moving picture theater in Beeville in 1906. The name of the business was Superba Family Theatre and the admission price was five cents.”

The Superba is also briefly mentioned in the NRHP registration form for Beeville’s Rialto Theatre (PDF here), but no further information about it is included.