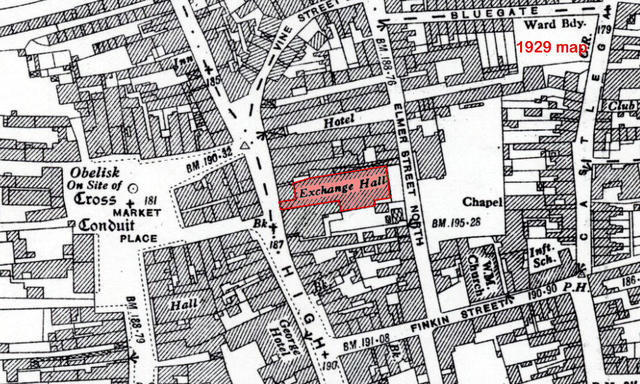 Built as the Exchange Hall in 1852 and rebuilt after a fire in 1862, the Exchange Hall became a popular theatre in the town and began screening films as part of the entertainment in the early years of the 20th Century. By 1912 it became the Electric Theatre, and in January 1931 the Central Cinema.

The 1942 Kine Year Book lists the Central Cinema as being owned by Picture House (Peterborough) Ltd. with 719 seats and BTH sound.

It closed on 5th May 1951, and was acquired but not reopened by the Granada Theatres chain. It was sold again and converted to retail use with some demolition of the stage house, and is currently used by the British Heart Foundation to sell donated furniture.