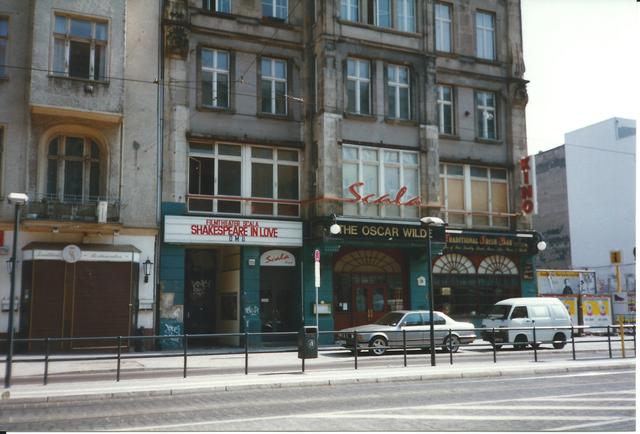 In the Mitte district of Berlin, the Scala Kino was operating in April 1999, when I visited. It has since closed, and is now (August 2015) a nightclub called, appropriately enough, the Scala.