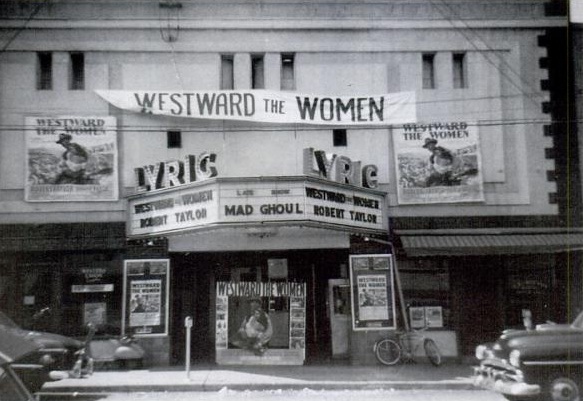 The Lyric Theatre was originally operated by Louis Mitchell, who had earlier operated the Amuzu Theatre. A brief article about Mitchell (including a photo that I would presume is of him) and a large ad for the Lyric can both be found on page 8 of the March 19, 1936, issue of The Elkin Tribune (PDF here.) By the late 1940s the Lyric and the State Theatre, which Mitchell began building in late 1940, had been taken over by rival theater operator W. B. Reeves.

To be more precise, the opening date for the Lyric theatre was June 14, 1928.