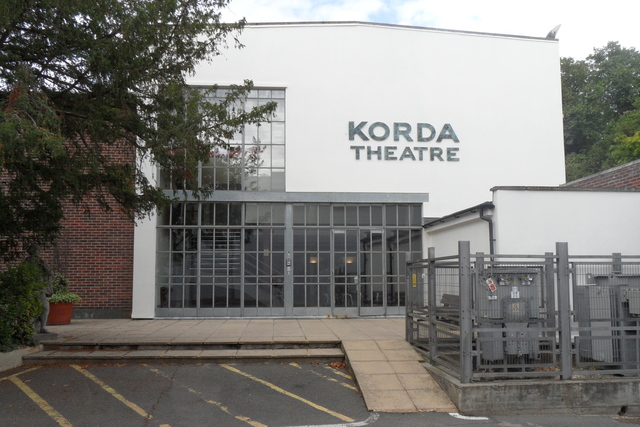 In Surrey, situated adjacent to the town that gives it its name, Shepperton Film Studios has a history dating back to 1931. There are now 15 stages, ranging in size from 3,000 square feet to 30,000 square feet, five of which are equipped with interior tanks.

Since 2001 the studios has been owned by the Pinewood Studios Group, which also owns Pinewood and Teddington Studios in the UK.

Since September 2013, Theatre Seven, a preview theatre at Pinewood Studios, has been operating as a public cinema at weekends. In early-2015, in a similar venture, the Korda Theatre at Shepperton opened on Sundays for public screenings. Slightly confusingly, it is officially called Pinewood Cinema at Shepparton Studios.

The Korda Theatre is a state-of-the-art post production facility with 60 seats. However, for the public screenings 44 seats are available, with four two-seater leather sofas (with poor sightlines) at the back, and three rows of 12 seats at the front. The screen measures 34ft x 14ft. According to its advertising, the cinema offers a second chance to see the best of independent and blockbuster films. On my visit, in August 2015, I saw separate performances of “Mad Max” and “Mad Max 2”. These shows were presumably inspired by the then-current release of “Mad Max: Fury Road”, although they only attracted me and one other patron (a studio employee, who told me that the Korda Theatre is a conversion of a power station).

As at Pinewood, tickets are only available from the preceding Wednesday, and must be purchased on-line (there are no ticket sales on the door). A café/bar is open 30 minutes before each screening.