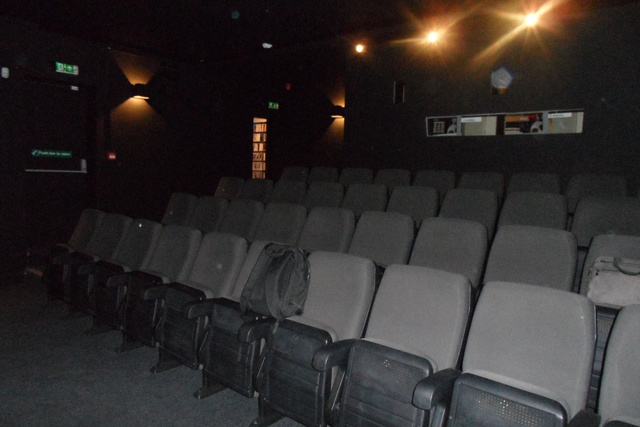 In the Shoreditch district of east London, Close-Up was established in 2005 to make film culture and history accessible through its cinema, DVD library and the online publication of ‘Vertigo’ magazine, originally founded in 1993. During 2014 Close-Up moved to its current premises, which are just off the well-known Brick Lane and which enabled it to open its cinema.

Close-Up’s film programmes aim to present a series of films that shaped the art of cinema and its history. In a very welcome touch, whilst other cinemas are fully converting to digital, Close-Up Cinema will continue to offer 16mm and 35mm reel-to-reel as well as digital projection. (On my visit, in August 2015, I was delighted to watch “Billy Liar”, starring Tom Courtney and Julie Christie, on 35mm, using two projectors and changeovers.)

The small, comfortable auditorium seats 40, in four rows of 10. This is situated at the rear of the building, behind a cafe/bar.

Two views of the Close-Up from March 2019