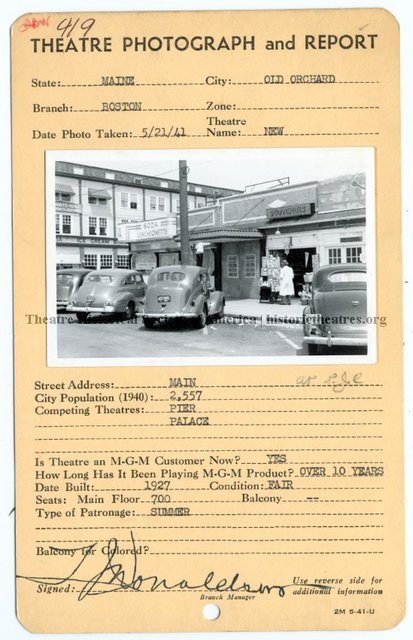 There was a fire downtown and afterward, this theatre opened as the “New Theatre” which suggests that it replaced an older theatre destroyed in the fire. It lasted into the 1950’s.

The Theatre Historical Society archive has the MGM Theatre Report for the New Theatre; it’s Card # 419. Address is “Main St.” (incorrect). There is an exterior photo taken May 21, 1941. Condition is Fair. The report says that the theater opened in 1929, was showing MGM films, and had 700 seats. Competing theaters were the Pier Theatre and the Palace Theatre.