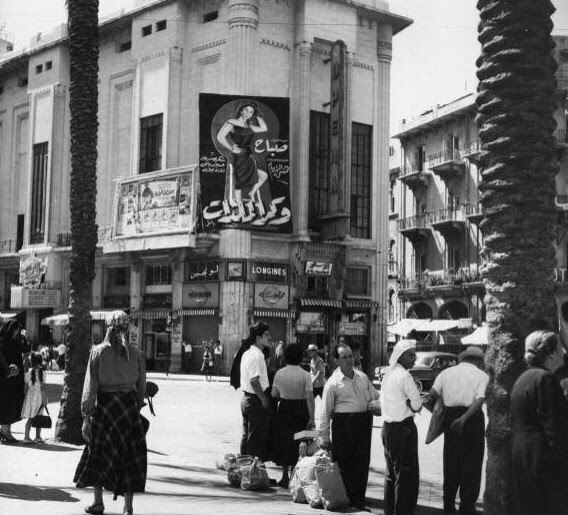 Designed in 1932, by architect Bahjat Abdelnour, in an unusual Art Deco and Egyptian theme, the cinema was not opened until 1944 with the Charles Boyer film “The Constant Nymph”. In the basement of the Opera, the much smaller Cinema Rio also operated until 1967. Suffering heavy damage during the Civil War (1975-1990), the Cinema Opera was restored in 2001, and the building became home to a Virgin Megastore.

The Cinema Opera and next-door also restored Ezzedine Building (originally opened as the Hotel Royale) were the only two pre-Civil War structures in this section of Martyrs Square to be saved.