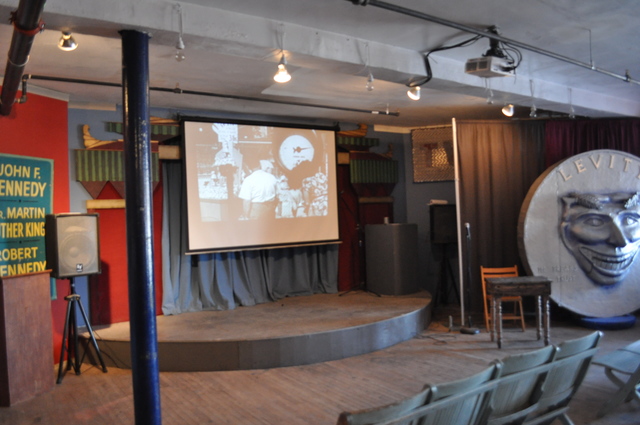 Located at the corner of Surf Avenue and 12th Street. The original building on this site was opened in 1901 as the Surf Avenue Opera House. By 1903 it was presenting burlesque. By 1906 vaudeville was being presented. It was closed on July 31, 1910 for serving liquor without a licence. It was reopened in 1912 but was later closed and it became Child’s Restaurant by 1926. In April 1944 it became another restaurant named Blue Bird Casino. It was badly damaged in a fire on May 13, 1947. It had been repaired and re-opened by August 1948 and was presenting live performances as part of the dining experience. Seating on the first floor was provided for 300. The second floor was used as a kitchen, dressing rooms and rest rooms. In 1954 alterations were carried out and the first floor became a fairground side-show, while the second floor became a workshop manufacturing handbags.

In 1953 the second floor became Wonderland Circus Sideshow, presenting freaks. The first floor was in use as a bar & grill. This continued into the 1960’s.