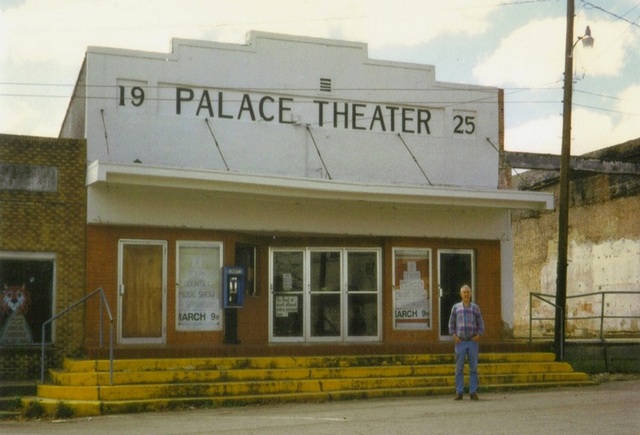 The Palace Theater was built in 1925. The theater is currently used for live events.

The Palace Theater was built and long operated by R. J. Cooper, who had previously operated the Opera House, which opened around 1901. Cooper was still running the Palace in 1954, when the April 17 issue of Boxoffice reported that he had reopened the house following the installation of a new Miracle Mirror screen and a new projection system.

This web page from The American WideScreen Museum web site has information about the Miracle Mirror screen, from a promotional booklet about CinemaScope published in 1953.

Circa 1948 photo of the Palace Theatre on the right in below Flickr link. Image will enlarge within link. The 3 front steps are clearly visible.