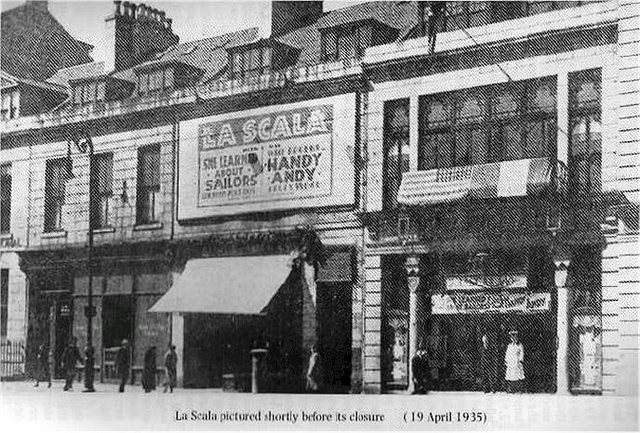 The La Scala Photo Playhouse was the first purpose-built cinema in Aberdeen, and it opened 30th April 1914. The projection box was located under the balcony. There was a Chinese Tea Room for the convenience of its patrons. It was taken over by George Green in 1917. In 1923 demonstrations of the then new Radio broadcasts were held at the cinema.

The La Scala Photo Playhouse was closed in May 1935 and was demolished to build the new Majestic Cinema on the site.