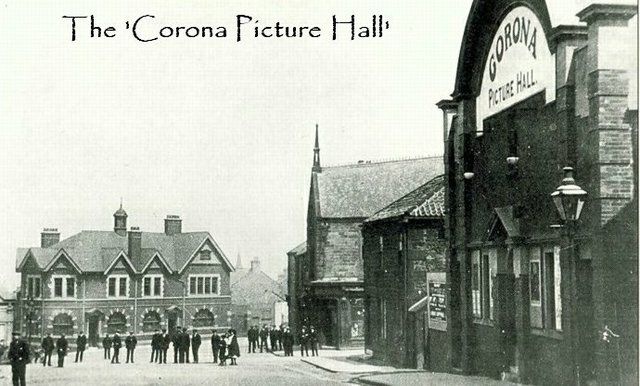 In the small town of Felling, near Gateshead, Tyne and Wear, the Corona Picture Hall is listed in the 1914 Kinematograph Year Book as having 750 seats and being owned by Felling & Pelaw Picture Hall Co. Ltd.

By the 1931 edition, the cinema was controlled by Felling and District Pictures Ltd., with the general manager being Edward J. Hinge. By 1940 seating was given as 700, and it was by then controlled by the E.J. Hinge Circuit. The proscenium width was given as 24ft.

When I visited, in February 2000, the building had been demolished and a bedding store was operating from the site.