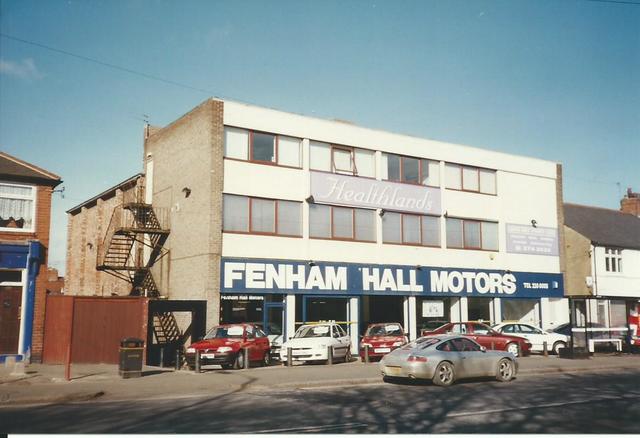 Between the wars, the Newcastle-on-Tyne suburb of Fenham was developing rapidly. Two Ball Lonnen, once the private carriage drive leading to Fenham Hall, was central to the area.

Plans for the Regal Cinema by architect Jos H. Morton for Stanley Rogers/E.J. Hinge Circuit, were approved in March 1933. It was the first cinema to be built by the circuit, prior to this their stock of cinemas were takovers. They provided for 818 seats, with two stalls boxes at the rear, and 408 in the circle, with one box at each side. (Later staff could not recall the stalls boxes, so they might not have been built.) There was a stage and orchestra pit.

The Regal Cinema was opened, on 8th November 1933, by the Lord Mayor, with a charity screening of “If I Had a Million” starring Cary Grant. Regular programmes started the following day with the musical “42nd Street”.

The cinema was owned by Suburban Cinemas (Newcastle) Ltd. The manager was James Siddons, who stayed at the Regal Cinema until it closed, on 30th April 1960, with “Please Turn Over” starring Jean Kent. Mr Siddons blamed the introduction of television, and the popularity of “housey-housey” [similar to bingo], which had started in many of the local church halls, for the closure.

After being boarded up for three years, the building was converted into a Moores' supermarket, which opened in 1963. At some stage the cinema frontage was removed. By the time I visited, in February 2000, the building was occupied by Fenham Hall Motors. More recently, Newcastle Snooker Centre occupied the top floors, with a bookmakers in one of the units on the ground floor.

I used to live near the former Regal and , when passing, I always thought that the building had at some time been cut – probably to less than half its original length.

The front stalls and stage area were demolished some years ago and what remains is the circle and back stalla area.

Did you , as a young man, once take a number of interior shots of the Haymarket, Newcastle whilst I was there? If so, it would have been on a Sunday afternoon.

If I am correct, then they will be the only ones of a professional standard taken in full houselights and with the tabs closed. Would it be possible to obtain copies, please?

Better still, perhaps you could upload them to the Haymarket’s photo section as the existing shots do not give people a true indication of how nice an auditorium (albeit rather old fashioned) it really was.

My apologies if I have mistaken you for someone else.