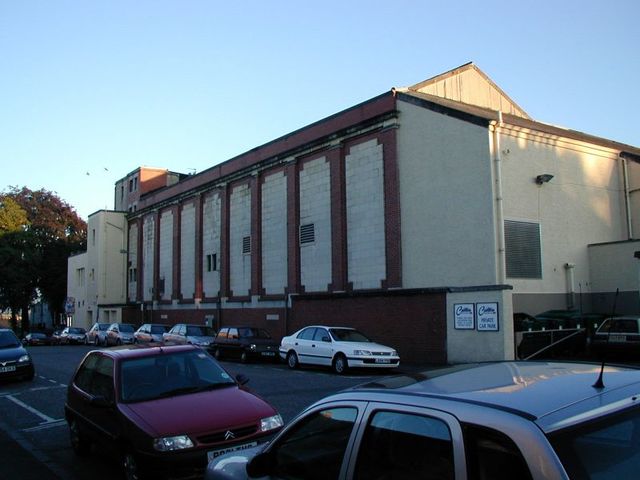 In Stirling, the Allanpark Cinema opened on 5th October 1938, seating 1,700. It was built for Stirling Cinema & Variety Theatres Ltd and designed by architect Sam Runcie ARIAS.

Later acquired by Caledonian Associated Cinemas in 1969, the cinema was twinned in 1977, with each screen having approximately 300 seats, by dividing the circle in half, with a false ceiling over the stalls, which were then used for bingo.

The building was purchased in the late-1990’s by Carlton Bingo, who own numerous bingo halls, but this was their only cinema operation. The Carlton Cinema showed films until closure on Sunday 20th April 2008. The bingo operation continues.