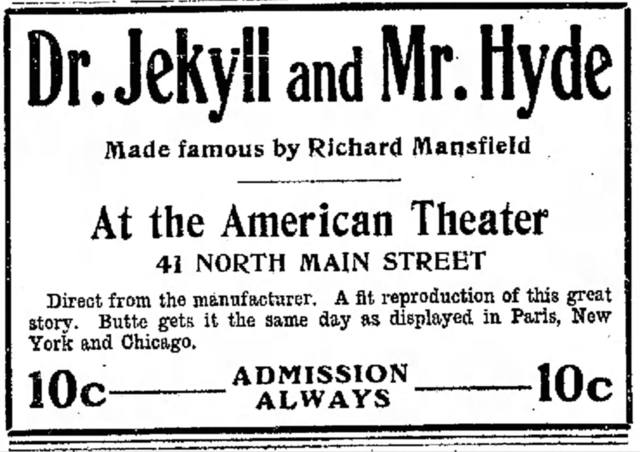 American Theater was open as early as 1908, where it showed the film version of “Dr Jekyll and Mr. Hyde” starring Hobart Bosworth and Betty Harte.

Not to be confused with the other American Theatre located on Park Street in Butte, which did not open until 1912.

Image of 1908 print ad to follow. Other 1908 print advertisements for different films from the Anaconda Standard newspaper confirm it’s existence.