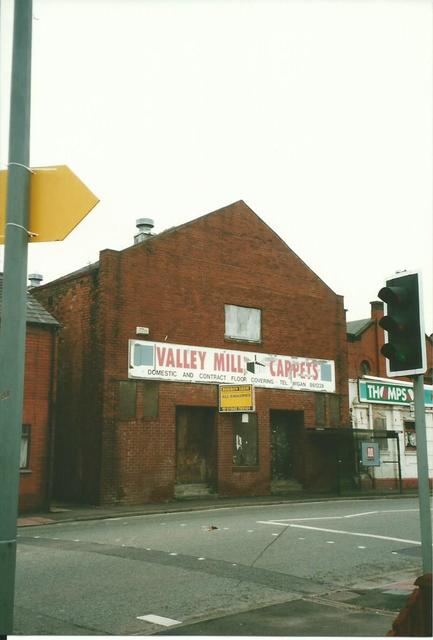 In Platt Bridge, now a residential suburb of the Metropolitan Borough of Wigan (but then an independent town), the New Picturedrome opened, on a site near the present day junction of Liverpool Road and Walthew Lane, on 29th April 1912.

CinemaScope was installed in the 1950’s, with “The Student Prince”, starring Edmond Purdom and Ann Blyth, being the first presentation on 18th July 1955. But the Palace Picture House closed on 10th October 1959, with Kenneth More and Jayne Mansfield in “The Sheriff of Fractured Jaw”.

When I visited, in April 2001, the building was in retail use as Valley Mill Carpets. More recently it has been Platt Bridge Gym, but the building was closed up, for sale or to let, in August 2015.