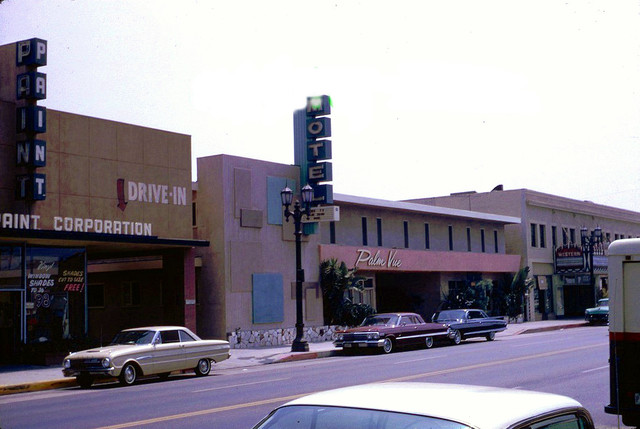 The Fox Western Theatre was opened around 1927. It was still open in 1950, but had closed by 1952. Like many neighborhood theatres that lined the streets of Los Angeles, it is long lost.

Just a parking lot. Nothing left of the theater.

The Western Theatre is first listed in the Los Angeles City Directory in 1927, so that’s most likely the year it opened, unless it opened very late in 1926.

I probably updated Street View a little bit too far south. The theater was most likely just north of the park, where the parking lot is now. The park itself has been built in recent decades, as it doesn’t appear on any of the maps I own, the most recent of which dates from the 1960s.