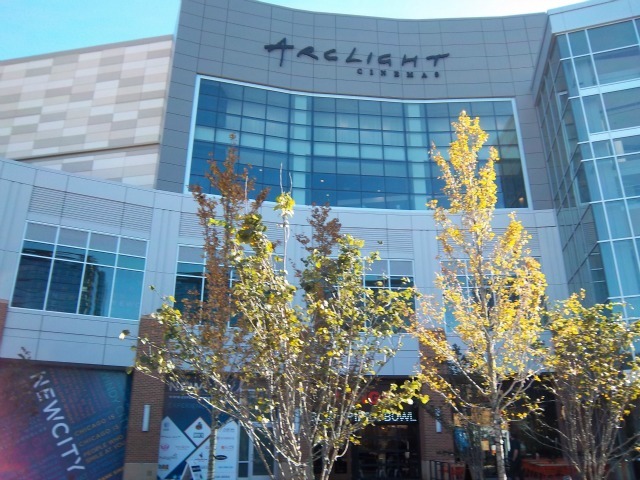 The 14-screen ArcLight Chicago opened on November 6, 2015 in the NewCity complex in Lincoln Park.

The theater not only includes the latest technology of an ArcLight, but one auditorium has a 35mm projector to screen old movies.

Designed by Gensler Architects, this is ArcLight’s 9th theater since 2002, which includes five in the Los Angeles area, San Diego, Bethesda, and Glenview, Illinois. ArcLight Santa Monica opened on November 20, 2015, as their 10th location.

The ArcLight Chicago was closed on March 17, 2020 due to the Covid-19 pandemic. It was announced on April 13, 2021 that the closure would be permanent in all ArcLight/Pacific theatres.

This will rank as one of Chicago’s shortest-lived cinemas. I always thought that the place was rather pricey plus you had to pay for parking.

Will this cinema ever return? I’m not so sure. The fallout from the pandemic has veered potential customers to streaming. Plus this area is over-screened. The Webster Place and the City North 14 are a stone’s throw away (and who knows if Regal plans to re-open them). Plus the Logan is fairly close too.

I received this update/explanation for the Arclight closures via the petition organizers for the Cinerama Dome in LA.

AMC is set to reopen this theatre called AMC Chicago 14 in Spring 2022.

This theater is now open, and listed on AMC’s website as the AMC Newcity 14:

It is now known as the AMC Newcity 14 not the Chicago 14.

It does not appear on the AMC website link above. The Fandango website lists it as Temporarily Closed. So not sure if the opening has happened yet.

That’s odd, last week the AMC website listed it as “Now Open”. Must’ve been a delay.