Regal Village At The Peaks 12 & RPX 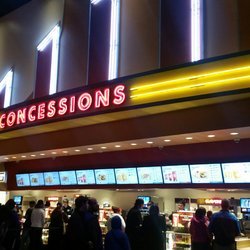 The theater, with a 60-feet wide RPX Screen, was built on the site of the demolished Twin Peaks Mall, which was renamed Village at the Peaks. According to the Daily Times-Call, Longmont had been without a movie theater since the United Artists Twin Peaks 10 closed on July 20, 2014.

Besides the latest technical innovations, the theater includes a party room, reserved recliners, and a concession providing burgers and chicken sandwiches. Regal has put in an application for a tavern license to sell wine, beer, and spirits.