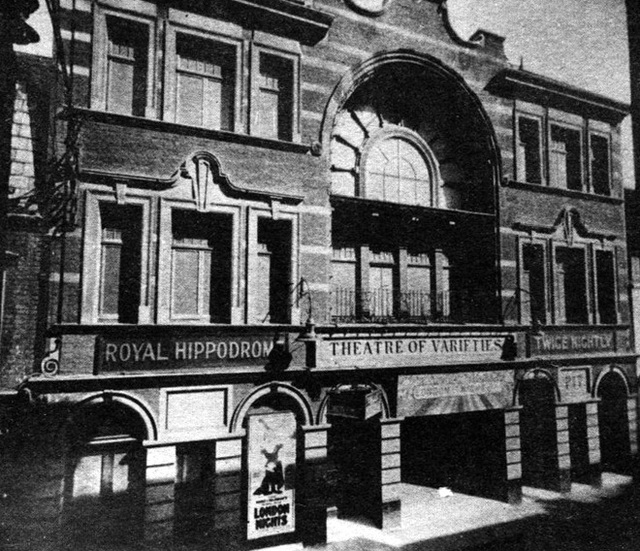 Built on the site of the Clarence Theatre which had opened in 1790 and was demolished in 1897. The Tivoli Theatre was opened in June 1897. It soon was re-named Theatre Royal and in the 1900’s was re-named Royal Hippodrome Theatre. By 1911 it was presenting films as part of the variety programme. Mainly used as a variety theatre where many top named stars appeared, it did occasionally play films into the 1930’s.

The Hippodrome Theatre was badly damaged by a German bomb on 18th September 1944. It never re-opened and the remains of the building were demolished in 1951, and the site became a timber yard.