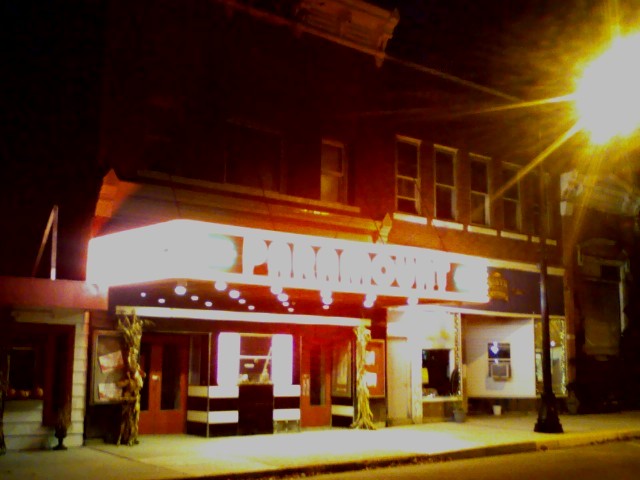 The theatre was bought by the city a year or two ago and they have been having volunteers fix it up, and asking for money to do so for as yet unknown (to me at least) reasons. although the interior is still be worked on they just got the lights up and running and they were turned on in a big ceremony. I saw on TV news that I recoreded since they were at an event I was also at the same day. The lights have been on nightly sicne this happened.