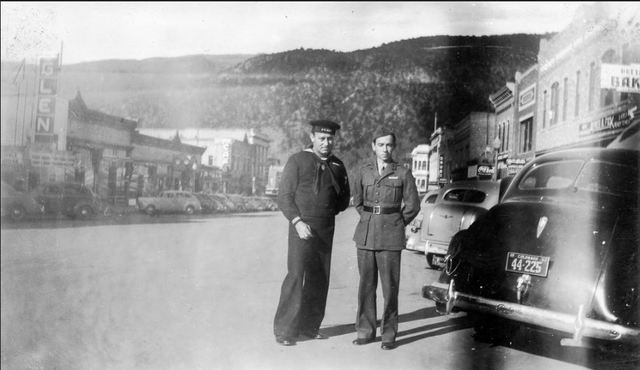 Constructed in 1907 and opened as the Pastime Theatre. It was dedicated to bringing the community entertainment, art and culture via plays, motion pictures and concerts and opened equipped with a raised stage for a piano and player (to accompany silent films) and for live entertainment.

On March 16, 1910 it reopened under the new name of Isis Theatre by a Mr. Ollie Thorson who is believed to have been the builder of the theatre. The Glenwood Dramatic Club gave a “first rate performance” of a comedy titled “Men, Maids and Matchmakers” which reportedly “kept audiences laughing throughout the show”. The theatre’s focus shifted to presenting motion pictures not long after. Unfortunately, the Isis Theatre was in direct competition with the Odeon Theatre in town which was driven out of the motion picture business as there was just not enough patronage for two movie houses at that time. The Odeon Theatre ceased showing movies in 1912 leaving the Isis Theatre with the increasingly important role of being the sole motion picture venue in town. Sig Olsen & Walter Powers eventually took over management of the Isis Theatre for Mr. Thorson and remodeled the theatre, upgraded all equipment and renamed the theatre.

It reopened as the Orpheum Theatre on March 3, 1914 with a “packed” house; this time, the attraction was a “high-quality, four-reel film”. In 1922, George Weirick purchased the theatre from Ollie Thorson and extensively remodeled it and expanded the seating. Mr. Weirick was a firm believer in advertising; not only for his business but for the other businesses in the community. For example, one of his promotions allowed any child who purchased a penny candy from the nearby Brosisus Candy Store would be allowed to attend a matinee at the Orpheum Theatre free of charge.

In 1939, the theatre was purchased by E.J. Schulte, owner of Gibralter Theatres of Denver and the name was changed to Glen Theatre. This was the theatre’s final name change. Gibralter Theatres was a circuit based out of Denver that owned and operated motion picture theatres in Colorado, Wyoming and New Mexico. The theatre was managed for Gibralter for many years by Dan & Della Cornwell who also managed the Canyon Drive-In and (when constructed later in 1972), the Springs Theatre; also part of the Gibralter circuit. Robert McCarthy was their assistant and projectionist from 1957 (when he was only 14 years old) right to the bitter end.

A fun, contemporary historical highlight is that in the 1970’s, John Denver reserved the theatre for him and his children to enjoy a private screening of the program the theatre had at the time. This screening took place early in the day and before leaving, Mr. Denver presented a $1,000 check to long time manager and projectionist Robert McCarthy instructing him to utilize the money to make the remainder of the day free admission day, courtesy of John Denver.

Sadly, the Glen Theatre had some serious structural issues and the ceiling began to cave in. Frequently, patrons would find themselves ambushed from above by a small chunk or two of falling plaster while taking in a film. After many people complained of this problem to the local fire department, the building was condemned and closed to the public in 1983.

The building was then donated to Colorado Mountain College, who never utilized the structure or property in any way. There was plenty of your typical pipe-dream discussions between the city and the college about hoping to join forces to restore and reopen the theatre, some even gaining media attention, but sadly, although not surprisingly (as such stories too often are identical), nothing ever materialized; just the bare bones structural repairs alone would have been cost prohibitive and to further complicate matters, the structure was technically not a complete building as the theatre had no south wall, being built into the neighboring (but separate) Oddfellows Hall.

In 1987, Colorado Mountain College sold the theatre to Ken Melby who subsequently left the theatre untouched for the succeeding 15 years. Mr. Melby was aware at purchase that the theatre needed to be entirely demolished and that there was nothing salvageable but he had to wait for local real estate value/rental rates to grow high enough to warrant the required investment to demolish the theatre and redevelop the property. That day finally came and the theatre was razed by late summer/early fall 2002 (exact dates/month(s) is presently unconfirmed) and the the site was wiped clean by November 17th, 2002. As what one might poetically perceive as a parting gift to its community of nearly a century, the Glen Theatre had one final visual masterpiece to inspire, surprise and captivate all who laid eyes upon it; something that had likely existed since 1907 yet had been hidden away long enough that it’s original audience had likely all gone to the grave making it, in effect, brand new to all residents and visitors to the valley. The final phase of demolition exposed a plethora of captivating atheistic murals that originally decorated this artistic sanctuary but had been forced into hiding under soundboard once the “talkies” became standard in the late-1920’s. No living person that could be located had ever seen them or even heard legend of their existence. Even Robert McCarthy, a man who likely knew more about the theatre than he knew of his next of kin, was shocked and surprised when he saw them. Sadly, this newly discovered treasure was doomed to be just as fleeting as it was captivating; the exposure of these fragile, antique works of art to the bare elements almost instantly started them down the road of rapid deterioration but alas, it was an entirely inconsequential matter anyways they were attached and unremovable from the crumbling walls that were actively being demolished. Thankfully, local photographer Ron Bailey was to the rescue impeccably capturing them on film for anyone and everyone to enjoy, study and everyone to remember for all eternity.

By July of 2006, Mr. Melby’s hired workers were nearing completion of a multi level, mixed use office and retail building that was projected to be completed by the end of that summer. A building that, ironically, would likely not be worthy of any significant mention or memory if not for the piece of hallowed (and in this new decade, incredibly valuable) ground on which it stands. This building was indeed completed and stands in use today.

Thankfully, a charming vestige of the theatre continues to live on very prominently. About 100 of the seats were salvaged, restored and installed in The National Mining Hall of Fame and Museum’s Longyear Auditorium. The late Richard Moolick, former chairman (no pun intended) for the aforementioned hall of fame/museum recounted the story of this in a flawless way in his November 18, 2002 letter to the editor of the Glenwood Post Independent. His short letter was inspired by his wish to make the public aware of this part of the Glen Theatre’s surviving legacy and to encourage people to visit the museum and see the seats in person. The unedited version can be found in the aforementioned edition but here is the segment of his letter in which recounts the story of the saved seats:

“In 1987, I received a call from Mark Iddings asking me if I wanted some theatre seats for our new NMHF facilities in Leadville. He had some in the Glen Theatre. I agreed to come and see them.

I met Mark at the old theatre and went inside. What a sight. The ceiling was caving in. I saw this pile of old theatre seats and couldn’t tell what color they were. Reluctantly, I said I would take them. Then CMC offered to truck them to Leadville for me.

Eventually, we were able to get some prisoners to clean them up for us. They were a beautiful blue.

So, we installed them in an old band room and created a beautiful auditorium seating approximately 100 people. It is now the Longyear Auditorium."

Hopefully, (as is the wish with every CinemaTreasures theatre listing) The Glen Theatre’s addition to this site will resurrect even more vestiges of its unique history through contributions such as personal stories, historical facts, comments, all sorts of imaginable yet pertinent photos/videos (of any age) being uploaded, photos/scans of relics being uploaded, etc.

May I offer my humble acknowledgement and gratitude to:

The Glenwood Post Independent for recording and sharing so many incredible facts and stories about every entertainment venue in your beautiful town. You have treated your town’s place in cinema history with an unusual and admirable amount of respect, detail and accuracy. The remarkably user friendly, incredibly long spanning online archive and your generosity in opening your archive to all without charge is exceedingly rare in these times and something that has gained my eternal respect and gratitude towards you for. Without your incredible resources you so kindly offer, the Glen Theatre would be limited to the usual vague, one line Film Daily Yearbook listing and seating count that too many of our beloved theatres of the past are reduced to instead of this detailed history.

The Frontier Historical Society and Museum for all the detailed information regarding cinema history in Glenwood Springs they continue to preserve and share.

Robert McCarthy and scores of other past and present locals who have reached out to the Post Independent, Facebook and other media outlets to share their stories and known facts of not only the Glen Theatre but all of Glenwood’s cinematic history.

Ron Bailey, an extremely talented photographer who had the rare foresight to carefully preserve the long forgotten (covered over) original murals that graced the walls of the Glen Theatre and were the last remaining vestige of the theatre before demolition concluded; they were rapidly and unceremoniously destroyed not long after being exposed for the first time in decades and would have been lost forever without his time and skill. Also a huge thanks for graciously sharing the said photos with us all.

The booth supposedly had Simplex projectors.

Seated 470 according to the Film Daily Yearbook of 1951