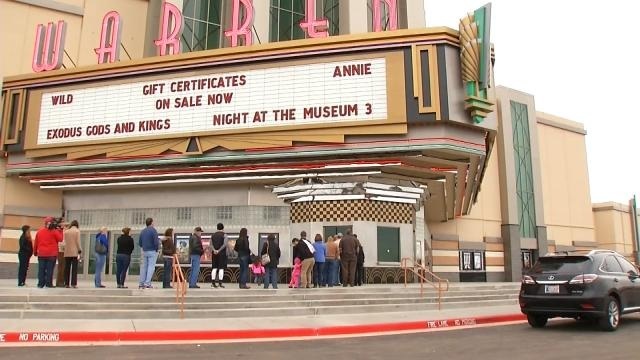 Warren Theatres 18-screen Broken Arrow Theatre opened on December 23, 2014. According to Tulsa World, the $43.5 million theater was expected to draw guests from all over Oklahoma and beyond.

The theater, designed by CDA Architects of Houston, has five different types of auditoriums. Included are the Screening Room, Grand Infinity, VIP Stadiums, The Balcony, and Director Suites. Owner Bill Warren calls the 100x50 feet Grand Infinity screen, for which he has a patent, one the largest in the area. Some auditoriums have a full menu and cocktail service.

On the second weekend of release for “American Sniper,” the top grossing theaters in the U.S. for that film were the Warren Theatres in Moore and in Broken Arrow. They were sold to Regal in spring of 2017.

This theatre has been sold to Regal. http://www.kansas.com/news/business/biz-columns-blogs/carrie-rengers/article151485057.html