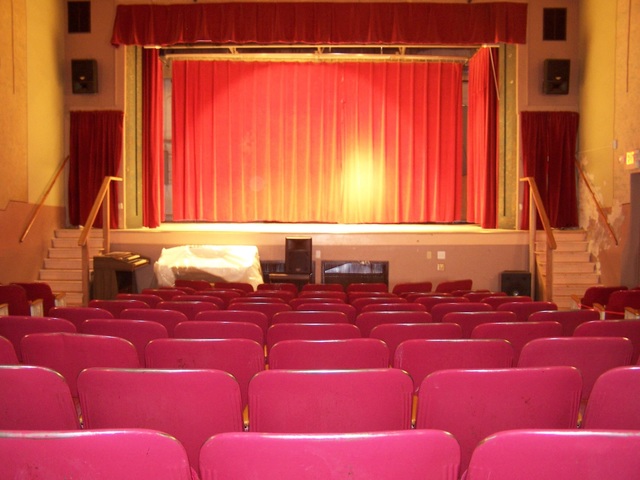 The Basin City Arts Center is housed in a one-time, two story building originally called the Fraternity Hall, built by donations of various lodges and individuals. It was the building that the famous Gorman murder trial of 1902, and the trial concerning the Spring Creek Raid in 1909 occurred. The building burnt down in 1916.

A new three story Fraternity Hall was built to replace the original. The building was to become the Wigwam Theatre, and was in use until the 1980’s. After a period of twenty years, the building was considered a candidate for destruction but was saved by a committee of community members. The doors opened again in 2000 after the theatre was renovated. Then in 2009, the upstairs rooms were turned into a ballroom and a kitchen. Now the theater/ballroom is used for a myriad of community events, weddings, parties as well as entertainment venues.

Listed in the Film Daily Yearbooks as seating 350.

Listed along with the Kar Vue Drive-In (also in Basin) in the Theatre Trade Directory of 1985-86 as being owned and/or operated by Connie Lloyd.

A reminder of the scary old days, from Motion Picture Herald, July 24, 1954: “The Wigwam, Basin, Wyo., has been closed temporarily because of a polio epidemic.”