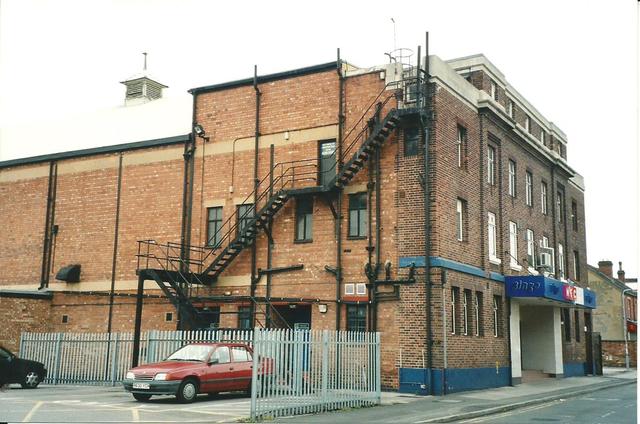 In the Staffordshire town of Burton-upon-Trent, the New Picturedrome opened on 26th December 1931, the replacement of an earlier Picturedrome. It had 1,800 seats. The proscenium was 48ft wide and there was a cafe attached.

The Odeon was closed by the Rank Organisation on 5th June 1965. The building became a Top Rank Club for bingo, then later Mecca Bingo (which is how I saw it in August 2002).

That club closed in December 2004. The building was subsequently demolished; a block of flats now occupies the site.