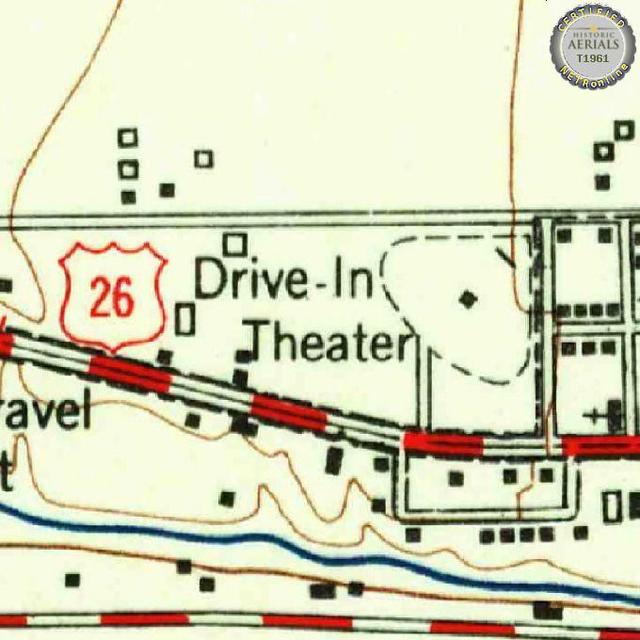 The West Drive-In was opened in July 1949 when it was operated by F.W. Chopping. It was still listed in the Film Daily Yearbook of 1968.

Found it! The drive-in was located on the west side of town at 1200 W Main St, Riverton, WY. Currently, a Smith’s sits on the property with no trace of the drive-in remaining. http://tinyurl.com/zekkakt

A more accurate address for this theater is 1184 W. Main Street, Riverton WY. This points directly to the drive in. Maurice’s women’s clothing store NE of Smith’s is where the theater was located.

And a month later, it had opened. The July 16, 1949 BoxOffice noted that, “Bob Otwell and Bill Chopping, owners of the West Drive-In west of town, have begun work on a new theatre to be ready the latter part of September.” That indoor theater was probably the Gem.

The West was still alive on Feb. 18, 1974, when Boxoffice reported that “Steve Hepson of the West Drive-In, Riverton” had visited Denver to talk with his booking agent.