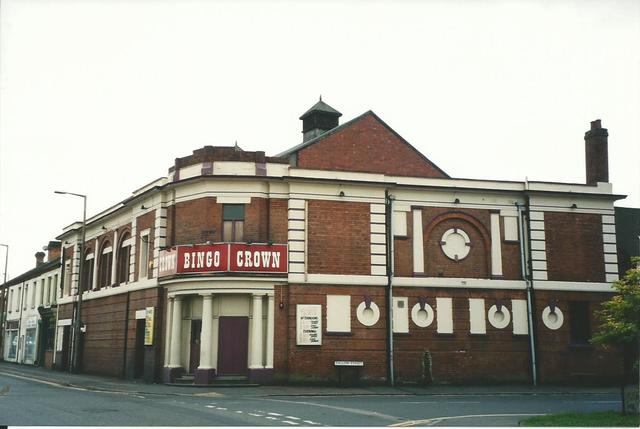 By 1922 the manager was S. A. Suffolk, who was later to set up Sheridan Films Services and run his own cinemas. Western Electric(WE) sound was installed; on 28th July 1930 the first ‘talkie’ was “Innocents of Paris” starring Maurice Chevalier. In 1932 the cinema was sold to opposition company Burton-on-Trent Picturedrome Company, who renamed it the Regent Cinema. At this time it is believed the seating capacity was reduced to 690.

The cinema closed in 1940 when it was requisitioned by the government as a Ministry store. Post-war, it became a post office. By the time I visited, in August 2002, the building was operating as the Crown Bingo Club.

Bingo ceased about 2005, and the building was used by the Christian International Ministries Church until, at 3.40am on Thursday 6th November 2008, flames were seen leaping through the roof. Despite the best efforts of the fire brigade the building was destroyed.

Housing has subsequently been built on the site.