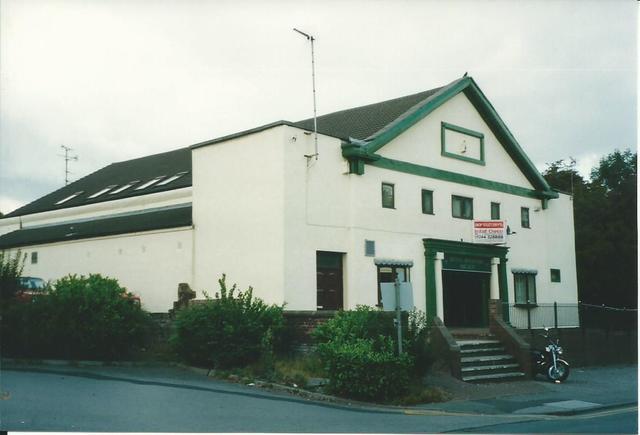 On the Wirral, in the small Cheshire town of Neston (also known as Neston and Parkgate), the New Cinema opened in 1921. The general manager was J. F. Tillston and the cinema could seat 590 patrons.

By 1934 the owners were listed as Major J. F. Burns and Mrs M. Clegg. They were followed by Mr Baylis.

For ‘talkies’, the cinema was initially fitted with ‘Cambriaphone’ sound, but later by the more recognised Western Electric(WE) sound system.

It is thought the New Cinema closed in the late-1950’s (it is listed in the 1953 Kinematograph Year Book, with the owner shown as Paramount Picture Theatres (Neston) Ltd.) but then it closed for a year or so, before re-opening as the Royal Cinema. By this time there were 450 seats (the 1953 KYB listed 470).

It is not known when the Royal Cinema closed, but the building went over to bingo, only for that to close in the mid-1970’s. The building then lay derelict, until taken into retail use.

When I visited, in September 2002, it was the Royal Shopping Arcade. More recently, that has been renamed Royal Arcade. By 2007 it had been converted into flats.