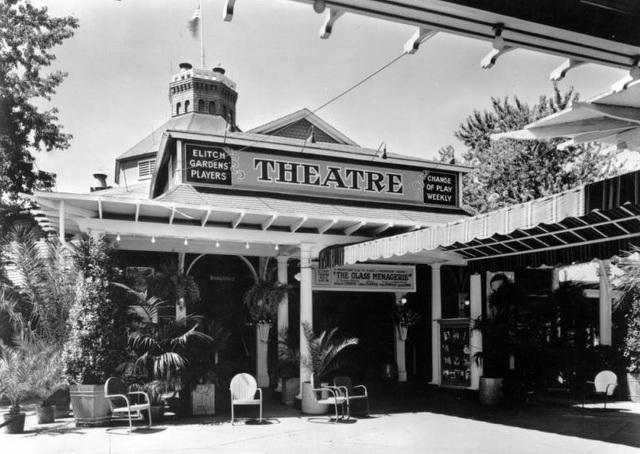 The Elitch Theatre has been a vital part of Colorado’s cultural landscape since its inception in 1891. Having the honor of being Colorado’s first cultural center, the Elitch Theatre was home to the oldest summer stock theatre in America and hosted the screening of Denver’s first screen projected motion picture in 1896. Many pioneers and famous faces of the theatre industry such as Grace Kelly, Douglas Fairbanks and Edward G. Robinson, to name a few, passed through this iconic American playhouse at one point in their career. One early star, nicknamed “Tony”, was 11 years old when she debuted on the famous Elitch stage. This Denver girl grew up to be famous Broadway producer, Antoinette Perry, namesake of the “Tony Awards”.

In the late-1880’s, John and Mary Elitch were running the Elitch Palace Dining Room, in the 1500-block of Arapahoe Street in downtown Denver (now the location of the Federal Reserve Bank), and they decided to purchased a farm in the neighboring town of Highlands to grow fruits and vegetables. When they sold the Palace Dining Room in 1888, they decided to turn their farm into a destination for family entertainment. On May 1, 1890, they opened the Elitch’s Zoological Gardens.

The first year of their new Gardens was a huge success and residents of Denver and the surrounding area visited throughout the summer. While they had built the start of a theatre, it was not enclosed, and didn’t even have chairs on opening day, so they looked to the following summer to kick-off their new Theatre.

However, during the winter of 1890-1891, while the theatre was being completed in Colorado, John Elitch went traveling with his minstrel troupe, and while in San Francisco, he became ill and eventually died on March 10, 1891. At just 34-years old, Mary was left a widow with the enormous task of managing the Zoological Gardens, plus the new theatre, all by herself.

As a result of these unfortunate circumstances, Mary Elitch has an incredible history as the first female zookeeper, the first woman to run a botanic gardens, and one of the first woman to own a theatre in the United States. Mary created a school of drama, dance, and art. She provided a special place where children could explore their talents in acting, enroll in ballet and ballroom lessons and learn to paint.

For the theatre’s 1893 season, a stock company from New York was employed to present the first full-length season of summer stock in the history of Denver. The stock company presented 12 plays, plus they presented eight one-act plays in three separate programs. The first stock play presented at Elitch’s was Nancy and Company by Augustin Daly, opening June 10, 1893.

Over the years the Elitch Gardens Stock Company became a major draw for actors from both coasts. Jennie Eustance, a cast member from the 1912 stock company, stated: “When I was asked to come to Elitch Gardens from the summer, I think I was the most delighted player on Broadway. For an opportunity to get out here to your Colorado and just lounge about a place like Elitch Gardens the player would almost trade all his worldly possessions. Elitch is famous all over the country for its restful beauty.”

The Elitch Theatre delighted Denver audiences for 100 years, with the last production occurring in 1991. Subsequently, this historic and iconic Denver landmark has fallen into disrepair. In 2002, a group of concerned citizens created the Historic Elitch Gardens Theatre Foundation. This 501©3 non-profit organization was created for the express purpose of restoring the theatre and creating sustainable programming.

Many thanks to the Historic Elitch Theatre for the information!