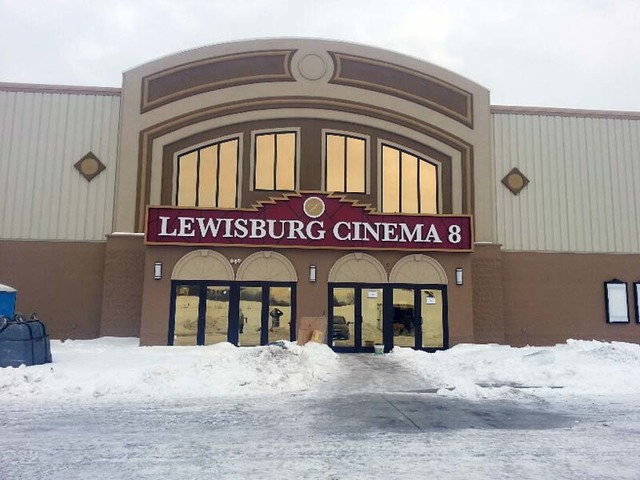 Cinema 8, at a cost of $5 million, opened April 3, 2015, at Gateway Commons. The Register Herald noted that because of construction and design problems and harsh weather, it took 31 months to complete the cinema.

Operated by Greater Huntington Theatre Corp. (GHTC), the cinema is equipped with DLP digital projection and Dolby digital sound for the 1,000 recliners in auditoriums ranging from 90 to 250 seats each. They have all you can eat popcorn, Coke and Ice.

The Lewisburg Cinema 8 was designed by the Louisville architectural firm Keyes Architects & Associates. There are four photos of the project on this page of the firm’s web site.