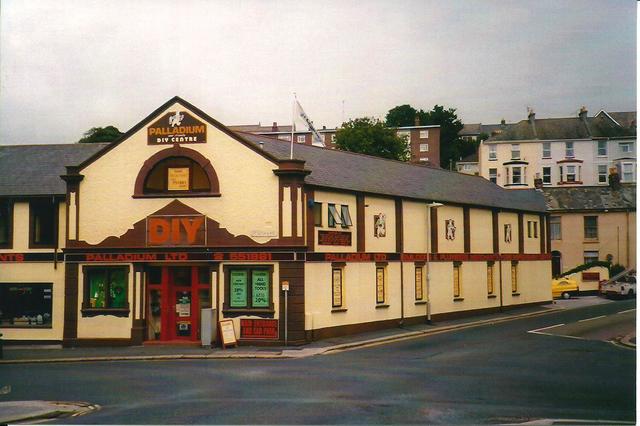 Located in Devonport, adjacent to Plymouth, Devon. The Theatre Metropole was opened around 1893. It became the Ford Palladium Cinema in August 1912. It was a single-storey, long narrow cinema.

The Ford Palladium Cinema closed 15th November 1964. It was converted into a retail store and was badly damaged by an arson fire on 26th January 1994. In July 2003, when I visited, it was occupied by Palladium DIY Centre; it is now (December 2015) a branch of Palladium Building Supplies.