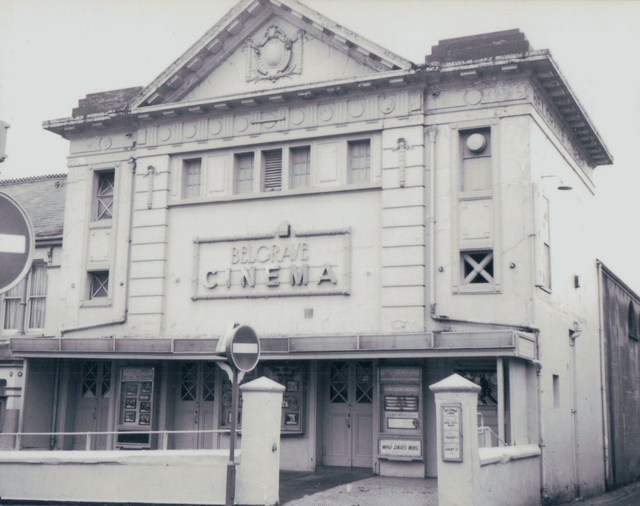 Located in the Mutley Plain district of Plymouth, Devon. The Belgrave Electric Theatre opened in 1912, originally seating 457. In 1914 the lessees were Montague Gilpin and Alfred Williams.

In 1930 a British Acoustic(BA) sound system was installed and alterations were made to enlarge the cinema. By the time of the 1931 Kinematograph Year Book the proprietor was E. B. Hoyle. The 1940 edition simply lists the Belgrave Theatre as having 700 seats, with no further information.

The Belgrave Cinema was a true survivor, and did not close until 16th April 1983. The building became home to the Belgrave Club, but it was up for sale in 2015. It was demolished in June 2018.

The Belgrave is now shrouded in scaffolding and demolition has started, as of June 2018. In a couple of weeks it will just be a memory.