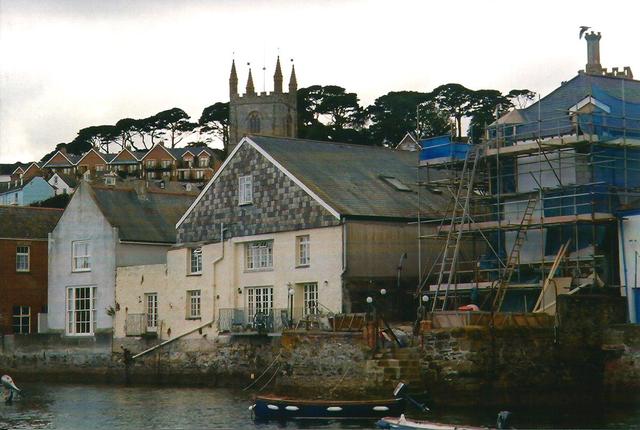 In the Cornish port of Fowey, the Troy Cinema was built for R. C. Hill. It opened in 1938, with Western Electric(WE) sound, and had 350 seats.

It was later run by Duchy Cinemas, and fitted with RCA sound. The seating capacity was at some stage reduced to 320.

The Troy Cinema closed at the end of the 1970’s. One source suggests it was demolished. However, on my visit in July 2003 I believe I located the former cinema entrance, now used as a vehicle entrance to flats which have been built on the site. The space when the auditorium was once located in now used for car parking.

I can confirm that the entrance shown still remains as vehicular access to flats built behind where the stage end would have been, and a flat either side of the archway where the former foyer/offices/projection rooms used to be. The auditorium as such has been demolished, with the section in between now open air for car parking. By chance, when I visited, the owners appeared and were able to confirm the former layout, and the fact that the same family own the premises who also operated the cinema.