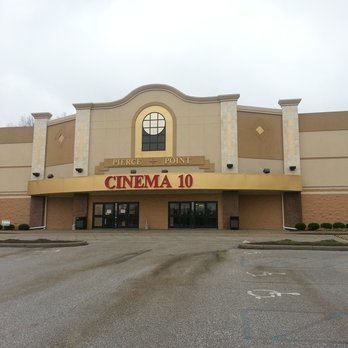 The Pierce Point Cinema 10 was opened on July 31, 2008, at Amelia Plaza by the Greater Huntington Theatre Corporation(GHTC).

Like all other GHTC locations, they offer all you can eat and drink popcorn, Coke and ICEE.

The Charleston Gazette notes that Derek Hyman is a third-generation owner and president of GHTC. GHTC’s history goes back to May 8, 1928, in Huntington, West Virginia when brothers Abe and Saul Hyman opened the Keith-Albee. Abe was Derek’s grandfather and Saul his great uncle. When the depression started the brothers sold off their smaller theaters one by one to keep the Keith-Albee open.

The corporation was later handed down to Abe’s son, Jack Hyman (1930-2009), who ran it until the 1990’s when he gave the reins to his son Derek. Mr. Hyman noted, in the 1970’s, they started building theaters with six or seven screens and “In order for us to compete, we had to add screens.” After Derek took over in the 1990’s, he gifted the Keith-Albee to the Marshall University Foundation, which today is overseen by the Keith-Albee Performing Arts, Inc.

The Pierce Point Cinema 10 was designed by Louisville architectural firm Keyes Architects & Associates. There are two small photos on this page of the firm’s web site.