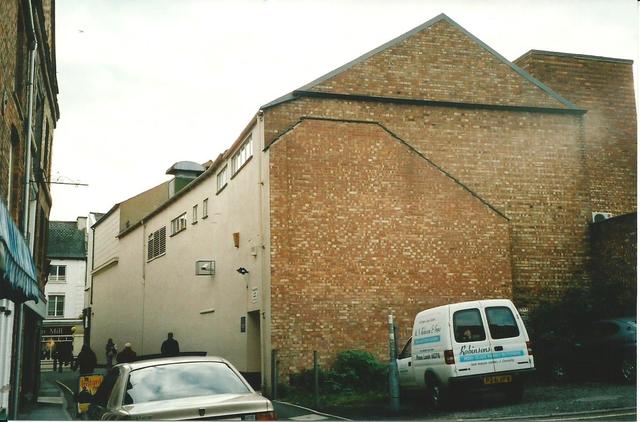 In Louth, a small market town on the edge of the Lincolnshire Wolds, the Electric Picture Palace opened in July 1914. Located on the corner of Vickers Lane and Eastgate, it was built for and operated by the Ingleton family. Originally it had a magnificent decorated façade. Inside the auditorium the proscenium was 26ft wide there were basket chairs in the front of the circle. The Electric Picture Palace featured variety acts on the stage as well as films. It was the first building in the town to have electricity, which was generated from its own generator.

The 1931 Kinematograph Year Book lists the proprietor and manager as E. E. Roberts. It had been equipped with a British Thomson-Houston(BTH) sound system. Advertising “Pictures and Variety”, it had a stage that was 15ft by 30ft. By that time the cinema had been renamed the Palace Theatre. By 1937 it had been re-named Electric Palace. The Electric Palace was closed August 1960.

By the time I visited, in October 2003, the building was occupied by a Wilkinson’s store. More recently, Heron’s Foods have moved in.