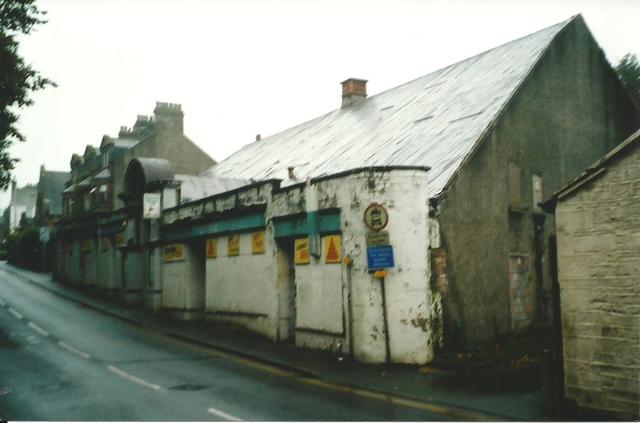 In the Cumbrian town of Egremont, in 1921, a group of local businessmen from Dalton-in-Furness and West Cumbria formed a company to build a cinema on the site of Downe’s tan yard.

The Castle Cinema, was erected by John Laing and opened in December 1922. A small stage was included, with an orchestra pit. Music was provided by Mr and Mrs J. S. Dixon (violin and piano).

A succession of managers came and went, but none had that special talent required to pull in the crowds. Thus it was that, in 1928, the company asked John Braithwaite, a former cinema manager with an excellent reputation, to leave his job in the mines and take over at the Castle Cinema. He proved a great success, and in no time the place was packed out.

In 1935 talkies came to the Castle Cinema, the first being “Rio Rita”, a musical starring John Boles. The following year the cinema was redecorated at a cost of £75.

During World War II a large army camp was built at nearby Nethertown, and the Castle Cinema became the rendezvous of many servicemen and local girls. The famous singer Kathleen Ferrier appeared on stage at this time.

The cinema prospered until the late-1960’s. The advent of colour television was one factor in the gradual decline in audiences, but the barring system, whereby the cinemas in nearby Whitehaven took the best films on first run, was another.

In 1971 a policy of films and bingo was introduced. The end for films was inevitable, and it came in 1972 when the feature-length documentary “Blue Water, White Death” was the final film offering.

For the next ten years the building played host to a bingo club. The following 20 were spent as a snooker hall, but that closed in the early-2000’s.

When I visited, in September 2004, the derelict building was due to be demolished and replaced with housing. Demolition duly followed, but the proposed housing has yet to appear.