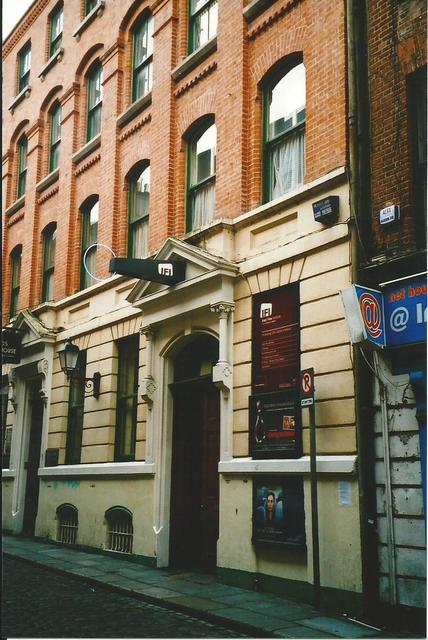 Located in the Temple Bar area of Dublin city centre. Originally built in the early-18th Century for the Quakers as a Friends Meeting House. It was converted into the 2-screen Irish Film Centre in May 2000. Architectural firm for the rehabilitation of the building were O'Donnell & Toumey. Seating is provided for 260 in Screen 1 and for 104 in Screen 2. The building also houses the Irish Film Archive and there is a café/restaurant and bookshop.

In 2003 it was re-named Irish Film Institute, commonly known as IFI. It operates as a cinema club, which enables it to screen uncensored films. A third screen has been added.

At the rear of the building on Meeting House Square the Open Air Cinema operates during the evenings on summer months.

Advertising as the IFC 2-screen cinema by May 2000.