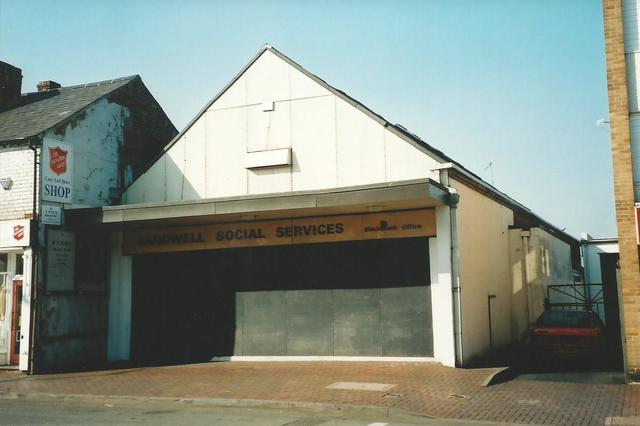 In the Birmingham district of Blackheath, the first purpose-built cinema was provided by Thomas Cooper who, owning a suitable plot of land, decided to join the booming cinema business.

Construction took place in the last four months of 1912, and the Pavilion Cinema opened on 4th January 1913, with a programme that included “Fire at Sea”.

The Pavilion Cinema was such a success that Mr Cooper built two further cinemas in the town: the Kings Cinema in 1923 and the Rex Cinema in 1938.

However, three cinemas was clearly one too many, and, when the Rex Cinema opened, the Pavilion Cinema closed.

The building remained unused during the war years. In 1948 plans were drawn up by N. Hadley and Son to convert it into a News Theatre. But this seemed to be a rather limited use of the building, and it was re-conceived as a multi-purpose ballroom.

That opened in May 1951 with a Staffordshire County Police Ball. It could accommodate 300 dancers, but there were still hopes that plays and films could be presented, and the projection room and circle seats were retained. A start was made in 1952 on installing new equipment and removable seats were made so it could be a News Theatre three or four nights a week. But then the idea was dropped.

In due course a Cee Jay supermarket occupied the building. By the time I visited, in April 2005, it had been home to Sandwell Social Services, but was boarded up. It has since been demolished. A library has been built on the site.