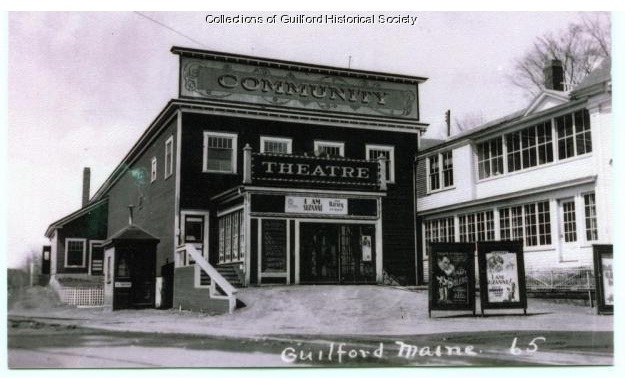 The Community Theatre opened about 1931/1932 and lasted into the 1950’s. After closing, it was converted into a roller skating rink.

The Theatre Historical Society on-line archive has the MGM Theatre Report for the Community; it’s Card # 376. Address is Main Street. There is an exterior photo taken on Feb. 18, 1941. Condition is Fair. The report says it opened in 1931, was showing MGM movies, and had 365 seats. The 1940 population was 1,700.

The Community was a popular family-owned movie theater for a long while after it opened. I don’t know if it was converted from an existing building, or if it was a purpose-built structure. After it closed, it became a roller rink. Then later, housing. But the housing may have been built on the site, and not in the original building.